The Budget, IR35 and you 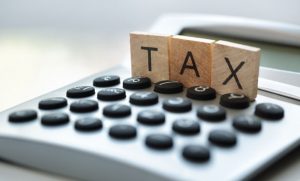 Update July 2019: To find out the latest information about IR35 and how it effects you, see our other blog posts.

When the changes to IR35 came into effect for public sector workers last year, many in the industry thought it was only a matter of time before private sector workers were also affected. This week, the Chancellor announced that we were right.

The good news is that it won’t apply to all organisations with “small” organisations ruled out in the initial draft. The other positive is that, unlike the roll out to the public sector, we have a much longer implementation period with no change until April 2020.

As with the roll out to the public sector, the Chancellor has been suitably vague, leaving plenty of room for interested parties to lobby and adjustments to be made.

Post budget, there is a focus within the media that contractors will lose up to 25% of their pay and that people will be leaving contracting in their droves. Our message is not to panic and to wait for the inevitable consultation process and changes that will be made subsequently.

So what are the actual changes?
From April 2020 “medium to large” business will now be responsible for checking a contractor’s employment (and by implication tax) status. Assuming there are no changes to the existing legislation, if a contractor is deemed to be “within” the scope of IR35 then their payment must be made after PAYE taxes and NI have been deducted. If the hiring company gets it wrong then they are liable for any unpaid taxes. Don’t forget, IR35 has always applied to contractors, but previously it has been down to the contractor to assess liability themselves and make any necessary deductions. It’s this that’s the change.

There is ambiguity around what constitutes a small to medium business. Some people say more than 50 employees, some say more than 250 and some say assets or turnover greater than £1.5million. What the final definition is will obviously have a big impact.

What does it actually mean for contractors and companies?
As with all legislation, the final bill and reality may be very different from the current perception. It is all going to come down to how much companies panic and fear the risks involved. There is the potential that companies will stop hiring contractors to eliminate any risk entirely, but that would be counter-productive. When the public sector changes came in there was a blanket assumption that IR35 would apply. The appalling assessment portal contributed to that. Slowly but surely, we’ve seen that this is no longer the case and more contract roles are being classified outside of IR35.

What we have seen is that contractor rates have increased in the public sector; both to cover the extra tax burden but also to tempt contractors back from the private sector. This legislation should help to level the playing field between the public and private sectors and temper these increases. It may well also drive rates up so, ultimately, the tax increases will partially be paid by the end user rather than the contractor.

Companies employing contractors within the scope of IR35 will have to pay employer’s NIC, increasing the hiring costs even further. Potentially this combination may reduce the number of vacancies, or induce a shift to permanent roles instead.

The main issue I have with IR35 is that is doesn’t take into account the additional risks and costs of being a contractor. It is not the same as being a permanent employee and the tax involved should reflect that. The people who are most likely to be affected are those in the highest paid industries; there is a lot of money at stake here. Contracting provides the economy with a vital source of flexible workers and, given the uncertainties around Brexit, that flexibility is more important than ever.

IR35 and how it affects our contractors and clients is something that we are going to be paying very close attention to over the next few months. Watch this space…

FIND OUT HOW WE CAN HELP YOU Contact Us
© Copyright 2014 by Corriculo. All Rights Reserved.